On June 19, I, Alexander, left by car for Bosnia. Because of the corona crisis, I chose to go by car instead of the plane. In the unlikely event that I did not enter the country, I could at least just return home… But it was not easy, because I had all the necessary papers, I was through the border control quite quickly. First to my hotel in Tuzla to catch up on the skipped sleep!

On Saturday morning I picked up our contact person on site Almasa, collected various relief supplies from our storage and, among other things, brought new wheelchair batteries to a veteran and tested them. Made someone very happy again ... Without these batteries for his electric wheelchair, this gentleman is completely dependent on help from others. With the new batteries, which we were able to purchase thanks to the financial support of our sponsors, we have restored this gentleman's freedom of movement. After that we visited some other people and we had a coffee with Adré and Marja Lichtendonk, a missionary couple sent out by the GZB. From them we received a large stock of tube feeding.

After this I brought Almasa home and drove to Rashleva, where I visited the school that we hope to renovate in October. What a privilege again that the 'Verdouw continues further' Foundation wants to support the Bolji Zivot foundation and take care of the entire financing of three larger construction projects: completely renovating the interior of the school in Rashleva, replacing the roof of a primary school in Zivinice and facilitate a multifunctional center in Tekucica.

On Monday morning at 8:00 am Indira Randall (my highly esteemed employee) and I were already arguing with several people in the town hall of Doboj, where the town of Tekucica belongs, with a high delegation. In this town, a seriously dilapidated building has been made available by the municipality to realize a multifunctional center. The renovation of the building has already started, but the mutual cooperation is somewhat difficult. A camera crew from the regional television channel was present throughout the conversation. Whether it was because of the cameras or something else, it was a fruitful meeting. You should know: this is a special project for everyone involved, including me. Not architectural, but in a different area, quite new for everyone, because it is a project in which all different cultures in Bosnia participate: Serbs, Croats and Muslims ... and also Dutch ... The Warmth for the Children Foundation also gives a great cooperation in this: they bear all costs for the heating in the building. Unfortunately, it was in these days that we were told that the driving force behind this foundation, Tom Visser, died after a short period of illness. Tom was married to a Bosnian woman and therefore very involved in this and other projects in Bosnia. We are grateful to Tom for his commitment to the poorest people in Bosnia!

Then I visited some previously realized projects together with Indira and we looked at various places to find a suitable place to realize a playground. The Bolji Zivot Foundation has received a nice amount of € 800 from a sweet old lady from Roosendaal, with the condition that this amount must be spent on a project for the benefit of children. That is why we have decided in consultation with her that we will find a suitable place where we can realize a nice playground.

After these busy days I got up early on Tuesday morning to drive back to the Netherlands and after a successful trip I got home in time at night. 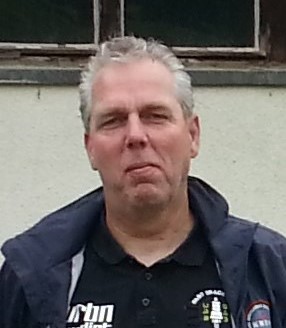