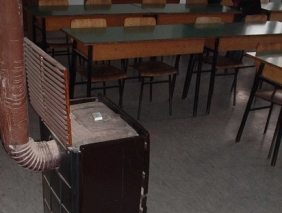 After several years of planning with Tom Visser, the idea arose to provide heating for a school, where his wife Ljubica also attended, as part of the Warmth for the Children Foundation. It is a primary school in a small village called Tekucica near Doboj in Bosnia. As a heating system, this school only has a few small wood stoves that are not sufficient to properly heat the classrooms. As a result, the children sit in class with the coat on when it is very cold. -20 ° C is no exception here. There are also no toilets and running water in the school. Tom went to the Warmte voor de Kinder with the plan in 2004 and presented the situation to the board and was told that he could visualize a few things. This means requesting quotes and submitting an action plan. During his summer vacation he took photos and a floor plan was drawn, after which tenders were requested from on-site installation companies. After writing everything down on paper, it was presented to the Board of the Foundation and then the light went green. The installation could be installed! They then set to work in Bosnia and the installation was ready just before the winter cold set in!

To handle everything in Bosnia (delivery), it was decided to travel to Bosnia by car. That's how he and his wife left Doetinchem at 4.15 am on Friday 23 December in the morning. On Christmas Day they arrived at 9.30 am at the school in Tekucica where everything was about. The concierge let them in and they could already view the installation. It was wonderfully warm all over the school. The installation looked like to run through a ring. Everything, copper tube, neatly braced, balancing valves, automatic air vents, in short nothing was forgotten. The central heating boiler was fitted with a bypass and open expansion tank, so that overheating cannot occur if, for example, the power goes out, and that happens sometimes.

Just before they left the Netherlands, Peter Peek had received two bags full of cuddly toys from a lady who works at the Dru. They put all these cuddly toys on the windowsill as a surprise to the children who still had school on Monday. The concierge also asked us to come back in the afternoon to complete the official part. Someone from the municipality, the director of the school and the installer would be present. When Tom and his wife arrived at the school, the table was set and they had to toast to the new addition. After the word of thanks from the director and the completion of the financial part, there was also talk about the possible construction of two toilets and a cold washing facility, to which Peter made it clear that the foundation does not take on any construction activities such as bricklaying walls, placing doors and windows. However, if this could be achieved with volunteers, for example, the foundation is still prepared to contribute to this in the form of pipes, toilet bowls, washbasins, taps, etc. It is impossible to imagine that this school does not has running water and the toilets are outside 50 meters away. After a very warm farewell and thanks to everyone in the Netherlands who helped us, they tired but satisfied accepted the long journey back to the Netherlands.

It is also wonderful to see how the activities of the Warmte voor de Kinder foundation also encourage local authorities to take action. After installation of the heating, the school on the outside was renovated. See the stunning result below. 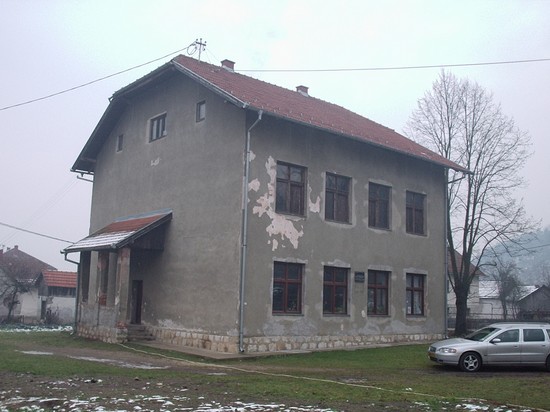 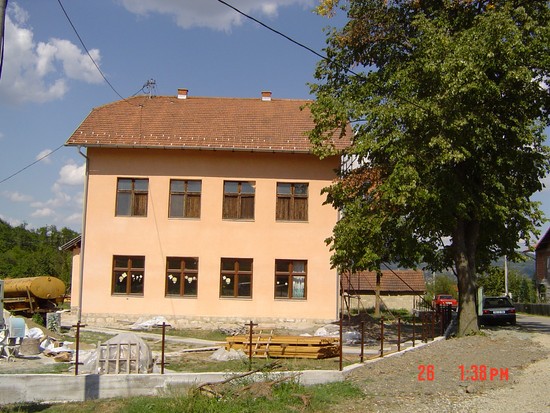